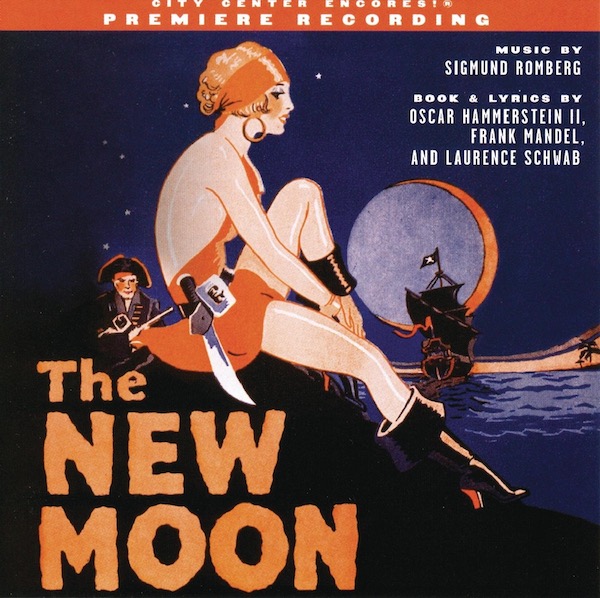 Seventy-five years after The New Moon premiered on Broadway in 1928, the operetta’s full score was finally recorded for posterity. After a successful 2003 revival of The New Moon as part of the Encores! series at New York City Center, Ghostlight Records released a cast recording of the entire score in 2004. Recorded July 12, 2004 & July 13, 2004, … END_OF_DOCUMENT_TOKEN_TO_BE_REPLACED In 1963, Reader’s Digest included nine selections from The New Moon in their 1963 collection A Treasury of Great Operettas. Starring Jeanette Scovotti, Peter Palmer and Arthur Rubin, the recording was conducted by Lehman Engel. As part of a new series of stereo recordings of classic operettas, Gordon MacRae and Dorothy Kirsten recorded three studio cast albums for Capitol Records in 1962 and 1963. Their recording of The New Moon included eight selections and featured the Roger Wagner Chorale. The tracks are currently available as part of a compilation, Music of Sigmund Romberg, along with … END_OF_DOCUMENT_TOKEN_TO_BE_REPLACED This studio cast recording of selections from The New Moon, released by Decca in 1953, features Thomas Hayward, Jane Wilson and Lee Sweetland. Victor Young conducts his orchestra and chorus. Featuring just eight tracks, the recording was initially released on a single 10″ LP or a pair of 7″ 45s. In 1950, Gordon MacRae and Lucille Norman recorded several tracks from The New Moon for Capitol Records. Initially released on a 10″ 78rpm, the tracks were later combined with selections from The Vagabond King on a 1956 LP. Conducted by Paul Weston and featuring his orchestra, the selections included “Stouthearted Men,” “One Kiss,” and “Lover, Come Back to Me.”

Roughly six months after opening on Broadway, The New Moon made its London premiere at the Theatre Royal, Drury Lane on April 4, 1929. Directed by Felix Edwardes, with choreography by Bobby Connolly, the production starred Howett Worster and Evelyn Laye. Reviews were mixed, with the Times noting that “the story matters a great deal less than the songs and … END_OF_DOCUMENT_TOKEN_TO_BE_REPLACED