Based on short stories by James Michener published collectively as Tales of the South Pacific, the musical South Pacific opened on Broadway at the Majestic Theatre on April 7, 1949, starring Mary Martin, Ezio Pinza and Juanita Hall. South Pacific won the 1950 Pulitzer Prize for Drama, marking the first time the committee included a composer in the drama prize. The original production also received ten Tony Awards (including Best Musical), a Grammy Award, and countless other accolades. For years the second-longest running show in Broadway history (right behind Oklahoma!), South Pacific returned to Broadway in a celebrated 2008 revival starring Kelli O’Hara and Paolo Szot. The show, which has proven itself a classic in countless productions around the world, was adapted onscreen in the 1958 film starring Rossano Brazzi and Mitzi Gaynor, and again as a 2001 made-for-television film starring Glenn Close and Harry Connick, Jr. To this day, South Pacific holds the record for total Tony Awards, and no other musical has swept all four musical acting categories since its original production. Stills from the 1949 Original Broadway Production 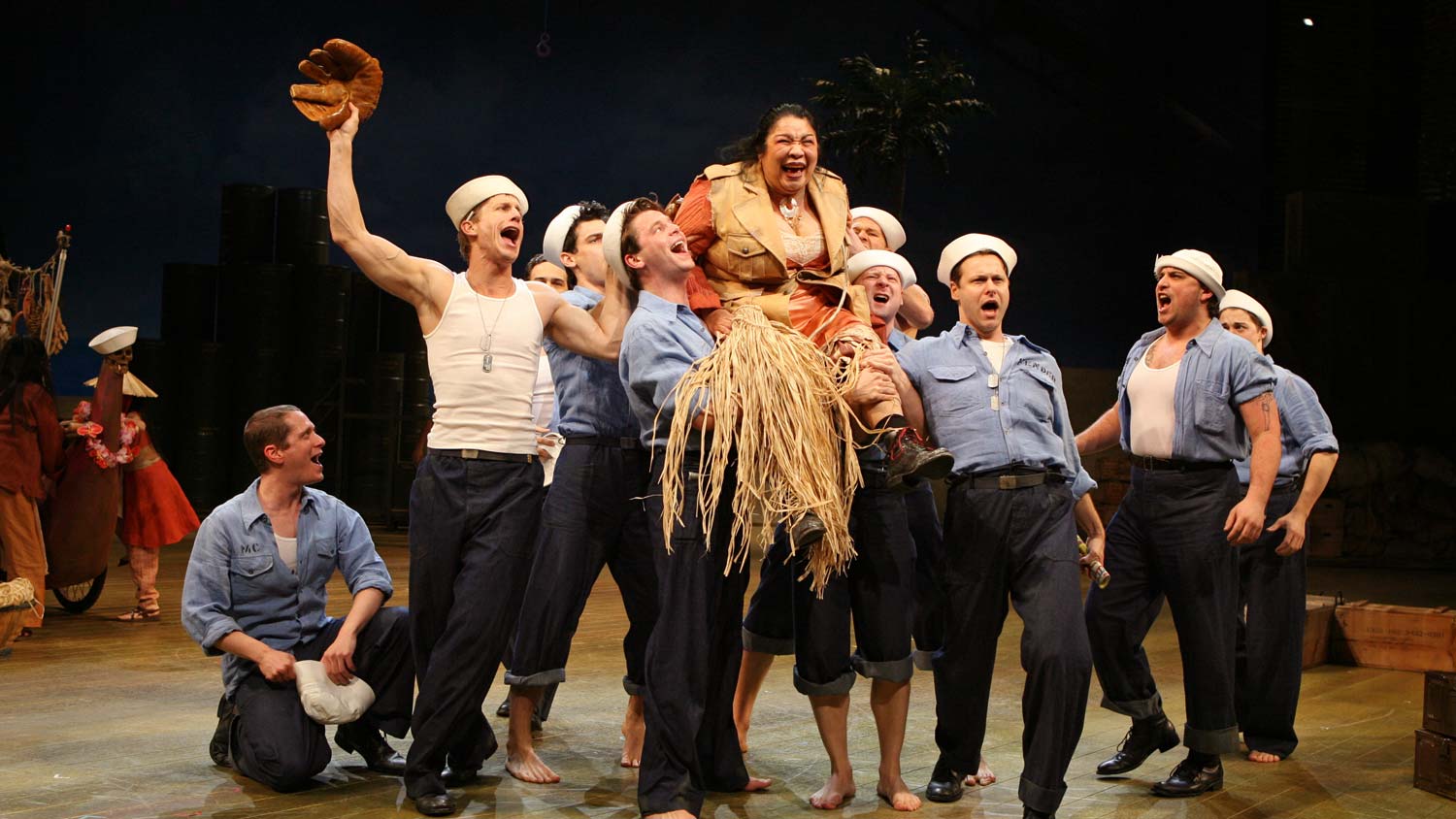 Stills from the 2008 Broadway Revival
See more photo archives in the media section. 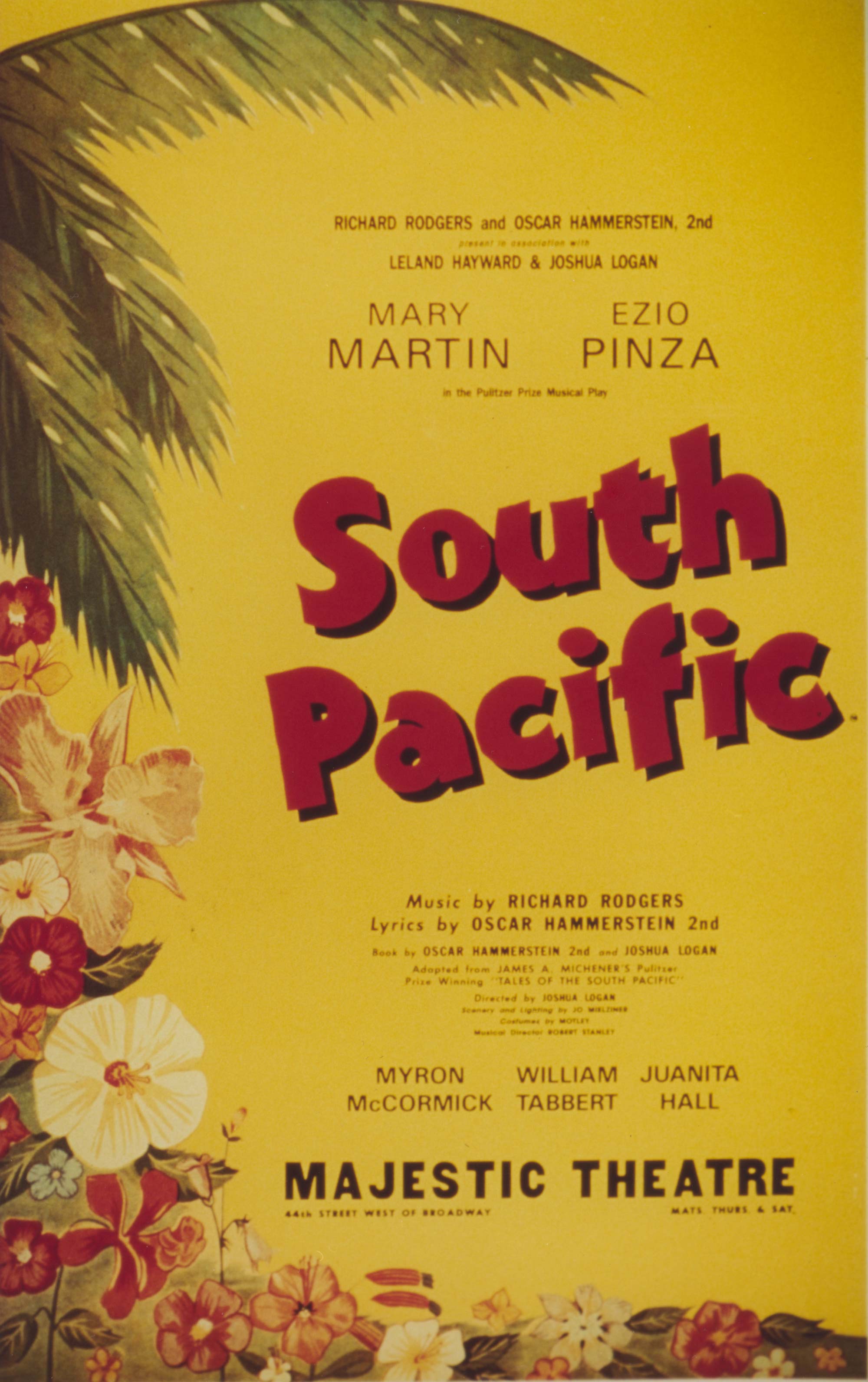