The Sound of Music

The final collaboration between Rodgers & Hammerstein was destined to become the world’s most beloved musical. When a postulant proves too high-spirited for the religious life, she is dispatched to serve as governess for the seven children of a widowed naval Captain. Her growing rapport with the youngsters, coupled with her generosity of spirit, gradually captures the heart of the stern Captain, and they marry. Upon returning from their honeymoon, they discover that Austria has been invaded by the Nazis, who demand the Captain’s immediate service in their navy. The family’s narrow escape over the mountains to Switzerland on the eve of World War II provides one of the most thrilling and inspirational finales ever presented in the theatre. The motion picture version remains the most popular movie musical of all time. 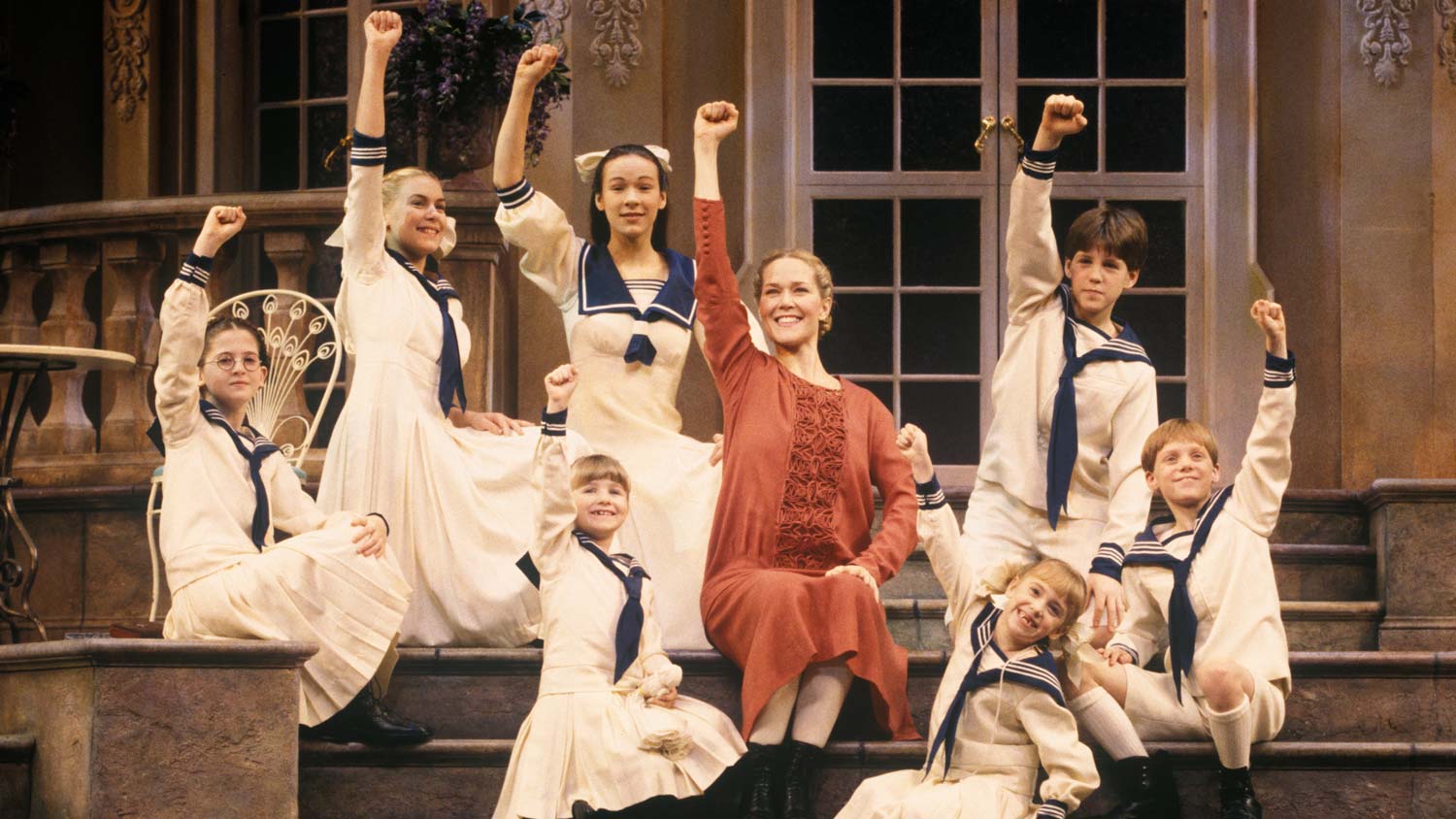 Stills from the 1998 Broadway Revival
See more photo archives in the media section.

THE TRAPP FAMILY SINGERS: THE SOUND OF THEIR MUSIC
For a while there, it looked like The Sound of Music was going to be Broadway’s first jukebox musical. It only made sense. The jukebox musical, as its come to be known… READ MORE

FROM THE ALPS TO THE RIALTO: THE SOUND OF MUSIC’S STAGE JOURNEY
When, in the late 1950s, Broadway star Mary Martin was trying to track down Maria Von Trapp, in order to obtain the stage rights to her story, she had no idea that Maria… READ MORE

ENTER SALZBURG: STAGE LEFT
When The Sound of Music made its not-so-inevitable transition from Broadway to Hollywood, it assured its success by promoting a minor stage character… READ MORE

THE CHARTS ARE ALIVE WITH THE SOUND OF MUSIC
If you were a first-grader in 1965 and you were asked to define a “record,” you could easily be forgiven for describing it as a flat, round, black disc that has Julie Andrews singing on it…. READ MORE