The Sound of Music : Stage Versus Film The film of The Sound of Music is possibly the best screen translation ever made from a Broadway musical. That process can be a treacherous task, but in this instance, the film is every bit as good as the show – after all, both versions won “Best” awards in their respective fields. And their differences should be acknowledged and respected.

One necessary task when translating a play into a film is to “open it up.” Scenes taking place in drawing rooms must be relocated to more visually interesting and kinetic places, like a sidewalk or public plaza. The film achieves this brilliantly by using the gorgeous environs of Salzburg, Austria. It’s impossible today to visit Salzburg and not be reminded, on almost every street corner, of a scene from the movie.

In addition to embracing the picturesque vistas of Salzburg and other Austrian locations, the film makes some changes to the score – and they all serve the unique needs of a motion picture. The film’s one replacement song, one new song and two deletions reveal the differing needs of a live musical performance and a film adaptation.

The replacement song, “Something Good,” fits right into the second act where “An Ordinary Couple” appears on stage, after the Captain and Maria have realized they are in love and will get married. The two songs differ in tone and content, but each one works. “An Ordinary Couple” looks forward to the life the couple will share, while “Something Good” looks back to wonder what each of them has done to deserve such joy. Emotionally, “Something Good” feels richer and more grounded in the moment, and it is the one song from the film score that works equally well on stage.

The new song is “I Have Confidence,” a movie song if ever there was one! Beginning with Maria in the Abbey, hesitant about the task she has been given, the song continues as she travels across town to the stately front door of the von Trapp villa, which quite literally takes her breath away. This transitional number works brilliantly on film, but it doesn’t work on stage, and only adds unnecessary stage time. On stage, Maria leaves the Abbey as the nuns wish her well, and the next scene reveals the grand and imposing interior of the von Trapp house just before Maria makes her timid entrance. Much the same thing is accomplished, but in very little stage time.

Max and Elsa have two songs in the stage version, both of which were deleted from the movie: “No Way To Stop It” and “How Can Love Survive?” The former is a political statement – important to the theme of the show, but perhaps too glib for the more naturalistic film. The latter foreshadows the end of the relationship between Elsa and the Captain while revealing Elsa’s more playful side. By eliminating Max and Elsa’s songs, the filmmakers reinforced the theme that music is the salvation of the nuns and von Trapps; Max and Elsa are far too jaded to participate in the simple joy of singing, and their social and political views are too cynical to be sung.

It is, however, important to retain their songs on stage – Max and Elsa’s numbers provide balance to the score and provide a musical “B” couple to contrast the two romantic pairs of the Captain/Maria and Liesl/Rolf. Besides, in a stage musical, all principal characters should express themselves in song, and an audience who only knows the film will be surprised and educated by just how much political content the original stage musical contains. 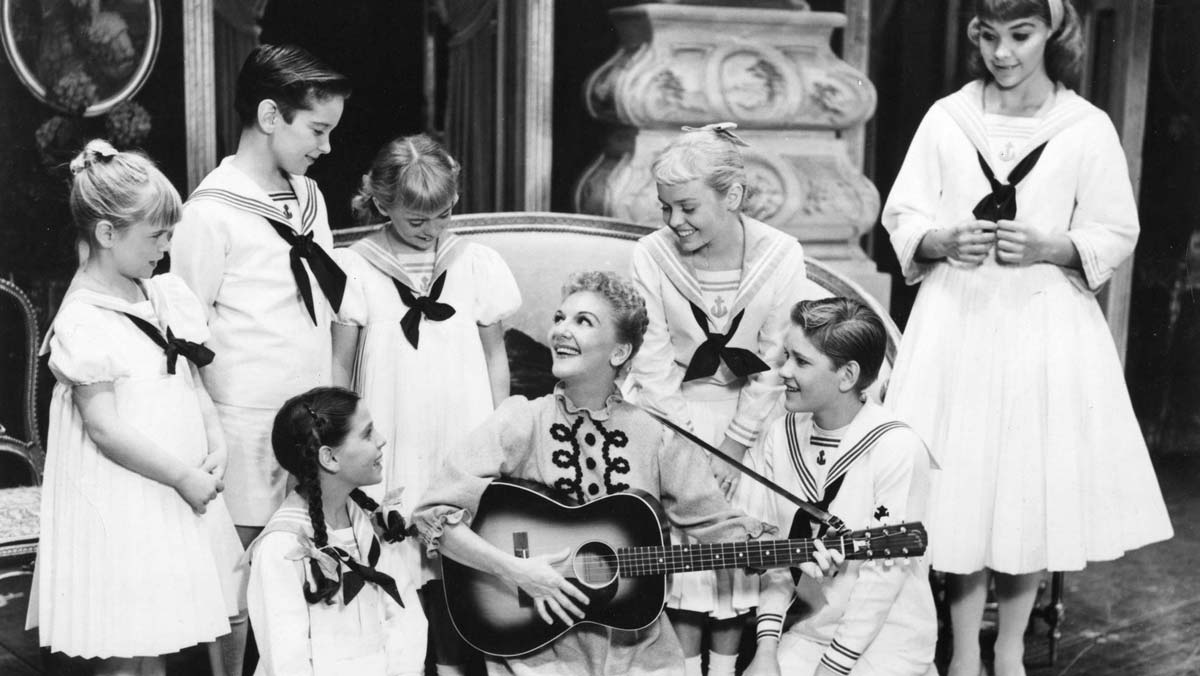