On February 22, 1965, a second version of Rodgers & Hammerstein’s Cinderella was broadcast on CBS, this time with a new book by Joseph Schrank. The new production starred a young Lesley Ann Warren opposite Stuart Damon, with a cast that included veterans Celeste Holm, Walter Pigeon and Ginger Rogers. Filmed on videotape, which allowed multiple repeat showings, the CBS special aired eight more times in the subsequent decade. Along with a script that committed more closely to the traditional fable, the 1965 broadcast also featured a new song for the titular princess-to-be: “Loneliness of Evening,” which had been cut from the score of South Pacific. The 1965 broadcast of Cinderella, executive produced by Richard Rodgers and directed by Charles S. Dubin, was the highest-rated non-sports special on CBS until 2009. It remains available on DVD. 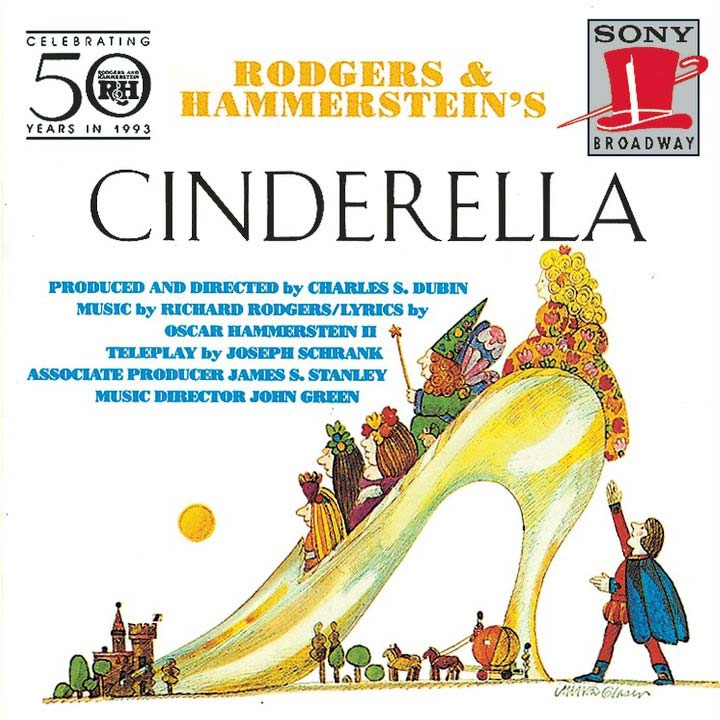